The Ghislaine Maxwell (Epstein) documents have been unsealed.

Will be posting excerpts here -

Starting with allegations of minor being trafficked to Maxwell, Prince Andrew, and Alan Dershowitz (as prev. alleged).

Not only did Dershowitz abuse the minor, but he helped draft a non-prosecution agreement that gave Dershowitz immunity.

We previously broke what the FBI/DOJ (in 2008) knew about Epstein.

Main Justice (DC DOJ) was helping run the Epstein case - and even delayed the grand juries.

At the time Epstein signed his plea deal...

The FBI and DOJ knew it had not interviewed all his victims.

koje ludlo ce da bude oko ovoga. mada mislim da ce se svi izvuci jednostavno nema dokaza da su ista radili. trebace im svedoci mimo maxwellove.
_____
The law provides us structure to guide us through paralyzing and trying times. But it requires us a vision to its procedures and higher purposes. Before we assume our respective roles in this enduring drama just let me say that when these frail shadows we inhabit now have quit the stage we'll meet and raise a glass again together in Valhalla.
rumbeando

nisam znao da je gospodza tako prsla.
_____
The law provides us structure to guide us through paralyzing and trying times. But it requires us a vision to its procedures and higher purposes. Before we assume our respective roles in this enduring drama just let me say that when these frail shadows we inhabit now have quit the stage we'll meet and raise a glass again together in Valhalla.
nalog sa ženinog laptopa 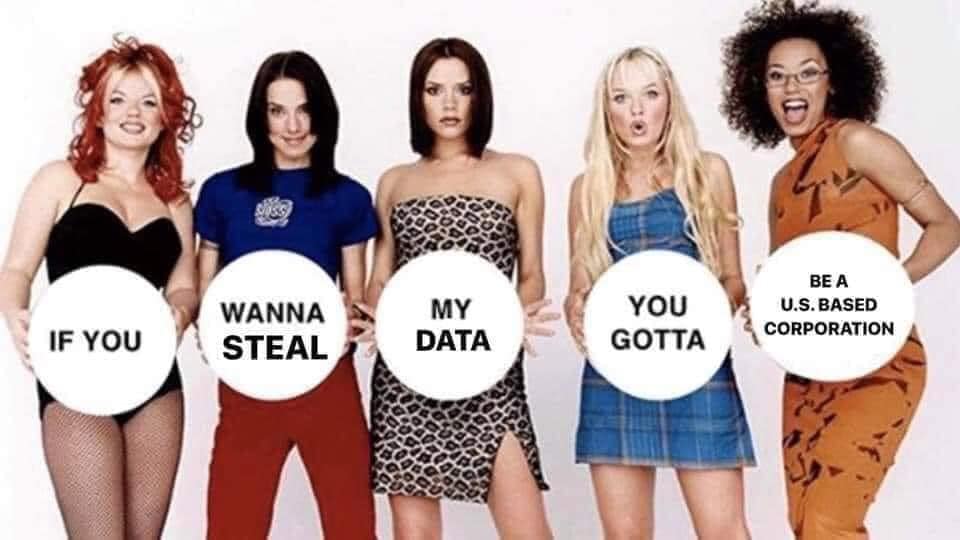 Some of the contenders are in the dark about their interviews with Biden — including whether they will be done in person or virtually.

By NATASHA KORECKI and CHRISTOPHER CADELAGO


The competition to be named Joe Biden’s running mate has entered the final stretch with huge unknowns about how it will unfold — among even some of the candidates themselves.

At least some of the contenders were in the dark on Sunday about their upcoming interviews with Biden: They were told to be prepared for in-person sit-downs while at the same time cautioned that could change due to health and logistical concerns surrounding Covid-19.

For weeks, aides of contenders going through the vetting process said they had little visibility into the campaign’s thinking. They’ve scoured news reports for tidbits on the finalists and any window into where they are in the horse race.

Amid the uncertainty, short-listers have adopted competing strategies, with several lesser-known candidates taking to TV news shows to raise their profiles while more prominent contenders such as Kamala Harris and Elizabeth Warren remain out of the spotlight.

On Sunday, a Biden aide maintained that 11 women remain in the mix, despite most of the attention in recent weeks swirling around five women: Harris, Warren, Rep. Karen Bass, Sen. Tammy Duckworth and former National Security Adviser Susan Rice. Aides said Biden has pushed back his planned announcement by a week to next week.

As Bass has rocketed into contention the past two weeks, she has come under increased scrutiny, including over her past praise for Cuban dictator Fidel Castro and the Church of Scientology. After days of backtracking on both issues, the Congressional Black Caucus chairwoman attempted to pivot Sunday to make an affirmative case for what she would bring to the ticket.

“What I'm the most proud of is my ability to bring people together, because I think that our country needs healing,” Bass said on NBC’s “Meet the Press.” “I have worked across racial lines, I've worked across political lines, and I have focused on, really, my goal, which is to get work done on behalf of the American people. Which is why you find people like Paul Ryan or Kevin McCarthy who have worked with me and worked with me well.”

Duckworth, a veteran who lost both her legs in combat, said on “Fox News Sunday“ that she’s ready to serve as president at a moment’s notice.

“I think any one of the women whose names have been mentioned to be considered are fabulous women and well-prepared to step up and do the job of vice president or step up and take over as president if needed,” she said.

Rice, another late riser in the veepstakes, went on ABC’s “The View” last week and lit into Donald Trump’s response to reports that Russia paid bounties to the Taliban to kill Americans in combat.

“He is absolutely a failure as our commander in chief,” Rice said. "And all the while he’s protecting Putin, justifying Russian behavior.”

The public jockeying contrasted sharply with the approach taken by Harris and Warren, neither has appeared on Sunday shows in recent weeks. Unlike the other finalists, however, they might not need to: Both are well known after running in the Democratic presidential primary.

Harris, who has long been viewed as a frontrunner for the VP position, has repeatedly turned down interview requests for media reports focused on the topic. That’s in large part because “she doesn’t have to,” said Tom Watson, a Democratic strategist.

“I don't think it's about appearing eager or not,” Watson said. “She’s the best-known quantity (among the reported finalists). Emphasizing that by going about her work is a smart call.”

Rep. Cedric Richmond (D-La.), a co-chair of Biden’s campaign, said he doesn’t think hitting the news show circuit is helpful to a VP candidate’s cause.

“I don’t think there is a public audition for vice presidency,” Richmond said. “The vice president may feel differently.”

Several Democratic strategists privately disagreed, saying that the extra visibility allows the lesser-known contenders to show they can withstand tough questions on a range of issues.

Still, Harris and her allies are keenly aware of the debate unfolding inside and around the Biden campaign. POLITICO last week reported that a faction of Democrats were lobbying Biden’s team against choosing Harris. One prominent donor quoted search committee co-chair Chris Dodd saying he thought Harris’ debate attack on Biden last year was “cheap” and “a gimmick.”

After a contingent of California officials had also lobbied Biden in favor of Bass, Duckworth and Rice and against Harris, the Biden vetting team held a conference call with Harris allies to hear them argue in favor of her candidacy. A source told POLITICO that Harris was the only potential VP candidate who was afforded such a call, which included all four of Biden's vetting team cochairs.

The Biden campaign faced a chorus of criticism last week in the wake of Dodd’s comments, with critics charging that Harris was being unfairly singled out. In a Friday livestream for Black Women Lead 2020, Harris told conference participants that “there will be a resistance to your ambition.” She then invoked a variation of a phrase she’s often used to describe the challenges of being one of the first Black women in many positions over her career.

“They are burdened by only having the capacity to see what has always been, instead of what can be,” Harris said. “But don't you let that burden you.”

In one instance of stepped-up lobbying, civil rights attorney Ben Crump, a leading figure in the racial justice movement, came out strongly in support of Harris over the weekend. “I can only hope that this January I get to teach my little girl the proper greeting for Kamala, our sister in the movement for justice: Madam Vice President,” Crump, who earlier backed Harris for president, wrote in a CNN op-ed.

Harris’ career in law enforcement is one of the major question marks hovering over her potential nomination.

Increased public vetting of the contenders has also risen sharply, particularly around Bass. Trump and Republicans are seizing on her close ties to Cuba in her youth, which drew public scrutiny after Bass was criticized for a statement marking the death of Fidel Castro. Bass distanced herself from the remarks.

Bass also sought to clarify comments she made on video in 2010 praising the Church of Scientology, the controversial group founded by L. Ron Hubbard. In a statement over the weekend, she said that she was trying to find an area of agreement with the church, which has faced allegations of abuse, human trafficking and intimidation from former members who have told explosive stories after defecting.

“Any of the remaining choices are fine,” Moulitsas, a leading progressive voice, told POLITICO on Sunday. “But support for the cult of Scientology was a line I won’t cross.”

The drawn-out selection process has helped feed new criticisms of the contenders — sometimes in personal ways that are drawing a backlash of their own.

“I am among the voices who is hoping they make the decision earlier rather than later because the level of scrutiny and the kind of scrutiny these women are getting — there’s more of a frenzy for it in the media and there’s more personalized attacks,” said Karen Finney, a Democratic strategist. “I wish we were having more of a conversation of their expertise and their qualifications and experience. But we’ve seen this movie before.”

“You can shift the conversation to the energy and the excitement that it brings to the ticket,” Finney added, “rather than having these women out there as human targets for attacks that cross the line. They are sexist. They are racist and they need to stop.”

Као да понављају исте термине од пре 50 година.
_____
Burundi is an exception among other nations because it is a country which gave God first place, a God who guards and protects from all misfortune.
Margit Savović 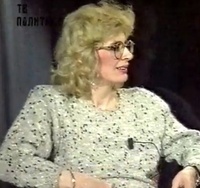 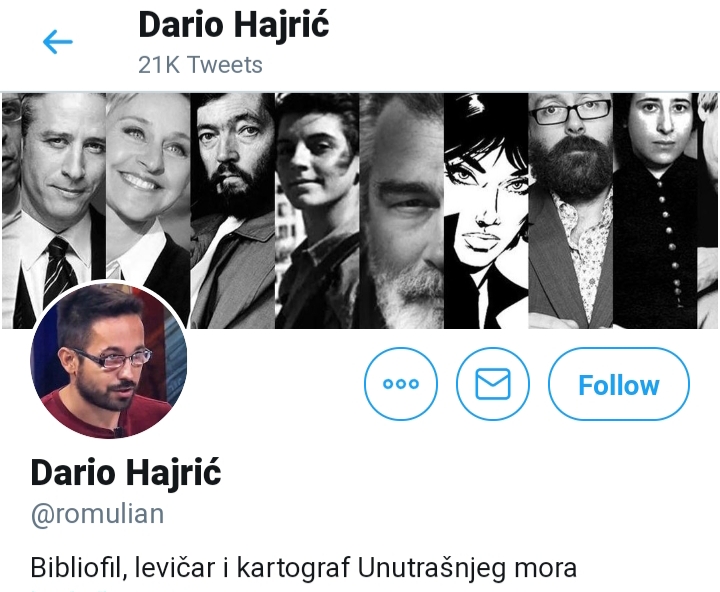