In 2020, for the first time, folks who identify as “White Christian” will make up less than half of registered voters in the USA. Amongst Dems barely more than a quarter! @PewReligion via @SoberLook pic.twitter.com/QYlXFLV66A

The House on Friday approved landmark legislation granting statehood to Washington, D.C., in a 232-180 vote.

The vote was historic, marking the first time either chamber has passed legislation to elevate the District to the 51st state — and empower its residents with long-sought voting representation within the halls of Congress.

Calls for Washington, D.C., to gain statehood have gained steam amid the national calls for racial justice that have followed the police killing of George Floyd last month.

The issue is highly partisan, and Friday’s outcome reflected it. Every Democrat except one, Rep. Collin Peterson (D-Minn.), voted in favor of the proposal, which was sponsored by D.C. Del. Eleanor Holmes Norton (D), while every Republican opposed it.

The vote is also largely symbolic, since Senate Republicans oppose D.C. statehood — and are certain to ignore Norton’s bill — while President Trump has promised to veto the proposal if it somehow makes it as far as his desk.

a look at some of the NYT op-ed page's "Greatest Hits" pic.twitter.com/mfHarf5wDS 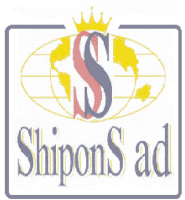 
Fox News has done to our parents what they thought gangsta rap would do to us pic.twitter.com/7tv5SRb6Xz 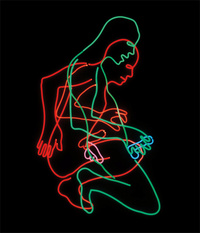 The incident unfolded at 7:23 p.m. CT on Sunday at the foot of Portland Place in the affluent St. Louis neighborhood of West Central End, officials said.

Police described a the armed man, 63, and woman, 61, as "victims" of trespassing and fourth-degree assault.
"The victims stated they were on their property when they heard a loud commotion coming from the street," according to a statement from the St. Louis Metropolitan Police Department. "When the victims went to investigate the commotion, they observed a large group of subjects forcefully break an iron gate marked with 'No Trespassing' and 'Private Street' signs."

The neighborhood has streets with limited access that are considered private property.
"Once through the gate, the victims advised the group that they were on a private street and trespassing and told them to leave," according to the police statement. "The group began yelling obscenities and threats of harm to both victims. When the victims observed multiple subjects who were armed, they then armed themselves and contacted police."
Albert Watkins, a lawyer for the couple — husband-and-wife attorneys Mark and Patricia McCloskey — insisted his clients were "in fear of imminent harm."
"Both Mr. and Mrs. McCloskey acted lawfully on their property which sits on a private gated lane in the City of St. Louis," Watkins said in a statement to NBC News. "Their actions were borne solely of fear and apprehension, the genesis of which was not race related."
But Daniel Shular, a freelance photojournalist who was at the protest, said he didn't see anyone breaking into the neighborhood, and instead recalled seeing about 500 protesters simply strolling through an open gate.
"I kind of turned around to take some pictures of people coming through the gate, then I turned back around and by then he had his long gun in his hand," Shular told NBC News. "And the woman came out with a pistol and started pointing it with her finger on the trigger at everybody."
Shular said "people were just kind of yelling at" the couple, but he couldn't clearly make out what was said.
"It was just angry sort of … people asking, 'Why do you have a gun? It’s a peaceful protest!'" Shular said, adding that he didn't see people yelling at the couple "until they started brandishing guns, then it got heated."
"I really don’t remember hearing anyone yell any obscenities or anything at them until the man had the gun. He was also yelling before he had a gun in his hand," Shular continued. "I couldn’t make out anything he said."
Shular recalled seeing at least one armed protester, but said that's common in demonstrations around St. Louis.
"At that time I didn't [see weapons in the crowd at the McCloskey home] but afterwards I did see one gun once everyone made it to the mayor's house. I saw at least one person with a semi-automatic rifle," he said. "That's not super out of the ordinary for the protests here. Most of the handguns are concealed because in Missouri you don't need a permit to conceal-carry. "
https://www.nbcnews.com/news/us-news/couple-recorded-pulling-weapons-protesters-outside-their-st-louis-home-n1232400
Imperija zla
_____
Što se ostaloga tiče, smatram da Zapad treba razoriti
Jedini proleter Burundija
Pristalica krvne osvete
Guest

То је приватни прилазни пут, свуда је приватан, па и код нас.
_____
Burundi is an exception among other nations because it is a country which gave God first place, a God who guards and protects from all misfortune.