https://www.nme.com/news/music/wolfe-tones-rebel-song-come-out-ye-black-and-tans-tops-uk-ireland-charts-2594839
_____
The law provides us structure to guide us through paralyzing and trying times. But it requires us a vision to its procedures and higher purposes. Before we assume our respective roles in this enduring drama just let me say that when these frail shadows we inhabit now have quit the stage we'll meet and raise a glass again together in Valhalla.
buffalo bill

What caused Labour's decline: 2019 vs 2017
An in-depth analysis of the statistics from the 2019 election shows beyond doubt that it was the collapse of the Labour Leave vote that proved fatal for Labour, reports Richard Crawford https://t.co/xa99D115Pe #GE2019 #Brexit #R4today

Boris Johnson Might Break Up the U.K. That’s a Good Thing.
It’s time to let the fantasy of the “British nation” die.

By David Edgerton
Mr. Edgerton is a historian.

The United Kingdom may be finally coming to an end.

On Thursday, Parliament passed the withdrawal agreement on which Prime Minister Boris Johnson successfully campaigned in last month’s general election. By the end of the month, it will be signed into law. The United Kingdom will leave the European Union on Jan. 31.

For decades, membership in the European Union helped glue together a fragmenting United Kingdom; now Brexit is tearing it apart. The short-lived fantasy of the “British nation,” too, may finally meet its end.

Mr. Johnson’s plan is likely to lead to a border between Northern Ireland and Britain for the first time in modern history. The policy — designed to allow Britain to radically break with Europe while Northern Ireland remains aligned with the rest of the bloc, including the Republic of Ireland — is an astonishing betrayal of the Ulster unionists, whose politics is predicated on the sanctity of the United Kingdom. And drawing Northern Ireland into the same regulatory system as its southern neighbor poses a remarkable opportunity for the nationalists. A once-more united Ireland is firmly in view.

That certainly hasn’t gone unnoticed in Scotland. The pro-independence Scottish National Party, which took 48 of Scotland’s 59 seats in December’s election, reads the writing on the wall. A large majority of Scots voted to remain in the European Union during the 2016 referendum; to allow Northern Ireland but not Scotland to remain aligned with the European Union’s market will only add to the sting. Nicola Sturgeon, the S.N.P.’s leader, has already formally requested that the Scottish parliament be given powers to hold an independence referendum. Mr. Johnson, for his part, has made clear that he intends to stand in the way of such a vote, but he may not be able to block it forever.

So maybe this is the end. Not this week, but perhaps by the end of the decade. First Scotland, then Northern Ireland, leaving just England and Wales, a mini-union, which itself could break up under pressure from Welsh nationalists.

Would that really be so bad? Actually, it wouldn’t be. The breakup of the union certainly won’t be easy but it may be one of the few good things to come out of Brexit — not just for Scotland and Ireland but also, and perhaps especially, for England.

After being released from the unionist grip, Northern Ireland could join a flourishing Irish economy and a more socially liberal — how things have changed! — society. For the nationalists it will represent a long-desired reunion. Although Irish unity is what unionists most fear, they might now be able to reconcile themselves to their Irishness after being betrayed by London.

Scotland could take its own future in hand. It has a higher mortality rate than England, and while it is less unequal than its southern neighbor, the gap between them has narrowed over the past two decades. Scots have put off dealing with these issues by putting the blame on London. Independence will deprive them of that excuse and force them to face divisions in their own society. An independent Scotland will come into its own political identity, rather than one premised just on contrasts.

And even England would benefit. Despite its being the dominant nation in the United Kingdom, the arrangement hasn’t been good for it. It doesn’t have a sense of itself as a nation to be transformed and is divided between the vibrant, youthful and pro-European big cities — especially London — and the aging, stagnating and anti-European rest of the country.

Freed from the grip of the decayed British nation and British state, England could finally be done with its delusions of grandeur. Fanciful beliefs about British importance in the world would crumble. England would be only around the eighth-largest economy in the world. And it would probably have to give up its nuclear weapons — the United Kingdom’s nuclear submarine base is in Scotland.

England need not be, as many fear, a rump United Kingdom, parochial, perhaps even irredentist. Less cocksure and more understanding of its real place in the world, it may soon rethink its hostility to the European Union. Scotland suffered a process of deindustrialization similar to northern England’s and Wales’s — but it voted to remain. As the writer Anthony Barnett and others suggest, a progressive English nation, on the model of the Scottish one, could emerge. This England might have an ordinary democratic nationalism that understands its own aspirations and those of others.

The idea of breaking up the union isn’t quite as outrageous as it might seem. The “United Kingdom” is neither ancient nor stable. Before 1945, “national” Irish, Welsh, Scottish and English identities were for many not local varieties of national Britishness but part of something much bigger: an imperial identity.

It is this decaying British nationalism, a leftover from the 1970s, that is now disrupting the union, not the self-conscious Scottish, Irish and Welsh versions. Strong in England but weak elsewhere, with the exception of a handful of hard-core unionists in Northern Ireland, this British nationalism manifested itself in the calls for Brexit, from before the 2016 referendum and up to today. The Brexiteers wrongly believe that independence from the European Union will make the United Kingdom great again.

But Brexit and the delusions of the United Kingdom’s grandeur that go with it are the politics of the aged, of those who remember that brief experience of a united, national United Kingdom. The young people of England, like those in the rest of Britain, overwhelmingly supported remaining in the European Union. They also understand we need liberation from the practices of Westminster and Whitehall, not Brussels, and from the self-defeating rage of the old.

Only a few decades ago, a new United Kingdom emerged from the empire. Now, by forcing the breakup of the union, the old — drinking deep the delusions of British nationalism — may make it possible for a new England to emerge from the United Kingdom.


David Edgerton (@DEHEdgerton) is a professor of history at Kings College London and the author, most recently, of “The Rise and Fall of the British Nation: A Twentieth-Century History.”

The reaction to Meghan trying to carve out a new life with her husband "reinforces the stereotype of black women being destructive, divisive and unsatisfied," says Nsenga Burton, a professor at Emory University in Atlanta who specializes in the intersection of race, class, gender and the media.
Burton told CNN it's easy to see why black women have rallied around Meghan, because they see themselves in how she's being treated.

Britain must prepare to fight wars without US help, says defence secretary
Ben Wallace says US withdrawal from international leadership under Donald Trump ‘keeps me awake at night’


Britain must be prepared to fight future wars without the US as its principal ally, the defence secretary, Ben Wallace, has said.

Wallace said the increasing withdrawal of America from international leadership under Donald Trump meant Britain needed to rethink the assumptions underpinning its defence planning for the past decade.

His warning came as Boris Johnson prepares to lead what is being billed as the “deepest review” of Britain’s security, defence and foreign policy since the cold war.

In an interview with the Sunday Times, Wallace said the prospect of the US stepping back from its international role “keeps me awake at night”.

“I worry if the United States withdraws from its leadership around the world. That would be bad for the world and bad for us. We plan for the worst and hope for the best,” he said.

Wallace said Britain should use the defence review to acquire new capabilities, making it less dependent on the US in future conflicts.

“Over the last year we’ve had the US pull out from Syria, the statement by Donald Trump on Iraq where he said Nato should take over and do more in the Middle East,” he said.

“The assumptions of 2010 that we were always going to be part of a US coalition is really just not where we are going to be.

“We are very dependent on American air cover and American intelligence, surveillance and reconnaissance assets. We need to diversify our assets.” 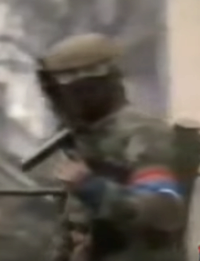 
Boris and the Conservatives won the General Election with a very good majority. In truth, opposition parties stood little chance of success against the Tory strategists, who controlled the narrative despite a hostile media. At the centre of their slick operation was Dominic Cummings, who masterminded the Brexit leave vote, winning the referendum against all the betting in 2016. It was Cummings who arranged for the Tory Remainers to fall on their swords, which by removing the whip reduced the Tory ranks, making them appear vulnerable enough for the opposition parties to tear up the requirement for a supermajority and vote for a general election.
It was straight out of Sun Tzu’s playbook: “All men can see these tactics whereby I conquer, but what none can see is the strategy out of which victory is evolved.” The way the Remainers were removed was both brutal and public. On September 3, fifteen of them went for a meeting in Downing Street, obviously convinced, with Johnson only having a parliamentary majority of one, that they were in a very strong position to negotiate either for a second referendum or Brexit in name only. Dismissing them, Cummings was blunt to the point of rudeness: “I don’t know who any of you are.” And they left with nothing.


Observers at the time saw this as suicidal, but Cummings appears to have known what he was doing. The hapless rebels had no coherent plan other than to threaten, and their bluff was called. Better, it seems that Cummings concluded, to purge the parliamentary party of serial rebels than to be beholden to them.

despite a hostile media 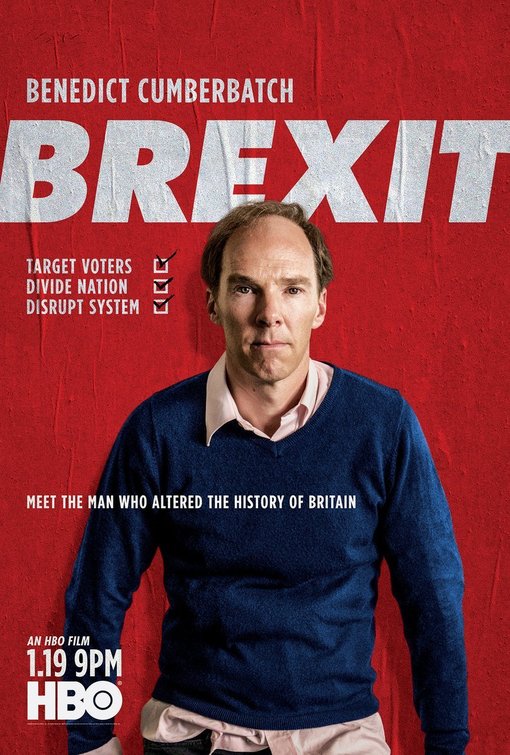