The Means of Escape

The communists in the Coen brothers’ Hail Caesar! are silly caricatures, but the film upholds basic Marxist premises. 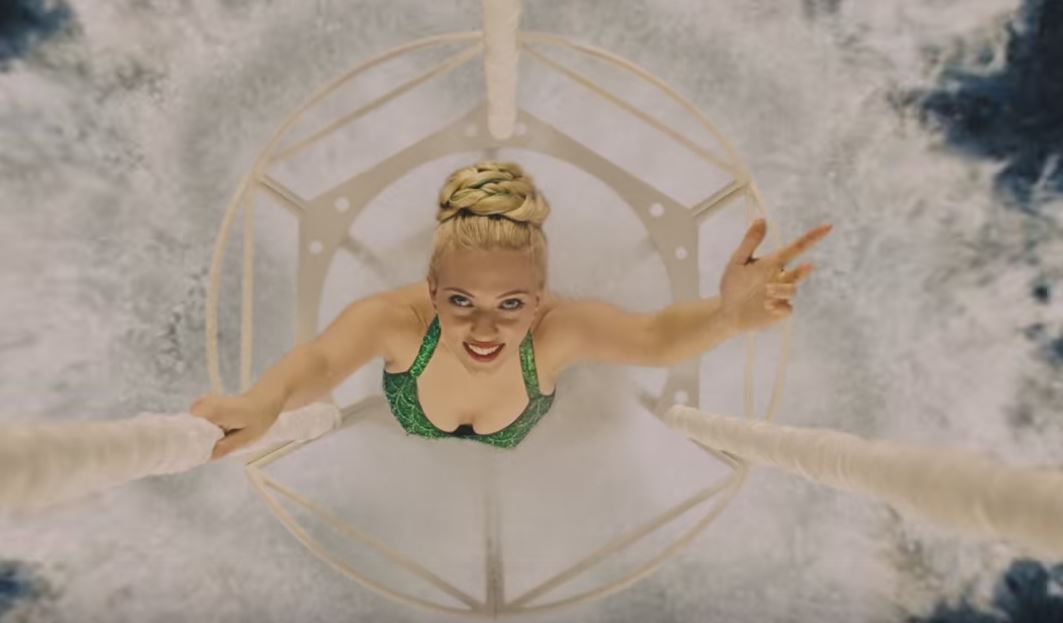 
To celebrate the release of our new issue, “Up From Liberalism,” subscriptions to Jacobin start at just $14.95.

The new Coen brothers’ film Hail Caesar! has been promoted as wacky, lighthearted entertainment about Hollywood in the 1950s, with many critics praising it in those terms; Lou Lumenek of the New York Post calls it “an enjoyable lark,” for example, while Peter Rainer of Christian Science Monitor says it’s “a doodle in the Coen canon.”
These misleading characterizations may explain why the film kicked off so badly. Though by this point it’s made enough to cover its budget, in the United States it had “the lowest opening haul of any major release in the Oscar-winning duo’s career.”
Hail Caesar! has a lot of hilarious and delightful bits — especially if you know anything about the history of Hollywood’s classic studio era — but it’s far too dense and intricate a film for general audiences who were sold on a zany slapstick comedy featuring George Clooney as a clueless 1950s movie star pitching face-forward out of his trailer like a felled tree.
The film has miserable audience ratings. I’ve seen it twice now in fairly crowded theaters; people laugh freely at the early scenes but sink into the doldrums about a quarter of the way into the film. In fact, the moment when audiences decide they hate the film is even identifiable: it’s the scene where a roomful of communists, including a character identified as Dr Herbert Marcuse, starts holding forth on “the dialectic.”
There’s a lesson in this for all of us. If there’s one thing most Americans don’t want to hear about — even in fun, even at a time of growing affection for Bernie Sanders and rising political interest in socialism — it’s “the dialectic.”
The treatment of communists in Hail Caesar! is typical of the Coens: irreverent and fraught with irony. Every individual communist character is shown to be pretty silly, but at the end of it all the truth of certain basic Marxist premises is firmly upheld.
This seeming contradiction echoes the incongruities of the Coen creations more generally; they lovingly recreate old Hollywood genre films — showing them to be surreal and funny and wonderful — while at the same time demonstrating how they’re the product of ruthlessly mercenary business practices that generate profits from people’s miserable longing for escape, comfort, and transcendence.
The film’s protagonist Eddie Mannix (played with brio by Josh Brolin) exemplifies this ambiguity: Mannix is a hard-case enforcer of the system’s operations as well as a devout old-school Catholic who both recognizes and exploits people’s longing, approving of the way it aligns movies with religion. But at the same time, he’s admirably tough and smart, and honestly loves filmmaking.
As Joel Coen put it in a recent interview, as the “fixer,” he’s also “the sane person in an insane universe. The movie business is a lunatic asylum.”

The story begins, the story ends — so it must be. But the story of Eddie Mannix will never end. For his is a tale written in light everlasting.

If you’re interested in parsing this (as the Coens clearly are), “written in light” refers to photography, the basis for film. (Tracing the etymology, “photos” is from the Greek, meaning “light”; and “graphos” meaning writing or delineation.) It’s a phrase that gets used a lot to refer to film in an elevated way: for example, Writing in Light is a book about the Japanese “pure cinema” movement, and noted cinematographer Vittorio Storaro titled his two-volume celebration of his own craft Writing With Light.
“Light everlasting” is obviously the language of the sacred. In John 8:12 Jesus declares, “I am the Light of the world.” And “life everlasting” is part of the recitation of belief that makes up the Apostles’ Creed, which devout Eddie Mannix would know by heart: “I believe in the Holy Spirit, the holy catholic and apostolic Church, the communion of saints, the forgiveness of sins, the resurrection of the body, and the life everlasting.”
Thus Eddie becomes a kind of eternal “Film Jesus” whose story will never end, whose works will extend past the crumbling of the studio system (which will be succeeded by a reconfigured studio system functioning as part of several global multinational corporations).
His movie productions “written in light” gives him ironic dominion over the future — that much-contested terrain in the film. And of course, in the theater we’re watching the film that is Eddie’s tale written in light everlasting.
If it’s possible to create a tribute to popular film that’s both completely loving and completely scathing at the same time, the Coens have managed it. It’s a mind-blower.
But you’d better see it fast if you want to catch it in theaters. Because the American public seems to dislike it almost as much as they dislike hearing about “the dialectic.” Of course, it wouldn’t be the first time that audiences rejected a Coen film on first release and then embraced it after multiple viewings online or on DVD. (See: The Big Lebowski.)
The general public might prefer to see instead several upcoming films representing the most literal version of the desire to believe that Eddie Mannix identifies. Coming soon to a theater near you are The Young Messiah, Miracles From Heaven, and Risen, starring Joseph Fiennes as a brutal Roman tribune who undergoes a spiritual conversion after witnessing the crucifixion and resurrection of Jesus Christ. Yes, folks, we’ve got our very own contemporary Hail Caesar! A Tale of the Christ currently previewing in theaters. Try that for irony, Coen-style. _____
The law provides us structure to guide us through paralyzing and trying times. But it requires us a vision to its procedures and higher purposes. Before we assume our respective roles in this enduring drama just let me say that when these frail shadows we inhabit now have quit the stage we'll meet and raise a glass again together in Valhalla.
Erős Pista

Genijalan je i naslov filma u filmu, Hail Ceasar! The stor. Of Christ


The screenwriter scenes feature a coup: The high-living scribes are visited and encouraged by one Herbert Marcuse, spoofing the famous philosopher of the Frankfurt School, who comes down from his tenured perch at Stanford to foment the studio revolt. (“History — economics. Same thing, don’t you agree?” the sage pontificates.) The Marcuse joke corresponds with the Frankfurt School condemnation of Michael Walsh’s essential bookThe Devil's Pleasure Palace: The Cult of Critical Theory and the Subversion of the West. Credit the Coens’ superior snarkiness for their being the first American filmmakers to bring up cultural hegemony in a mainstream motion picture. They had previously invoked the SDS’s Port Huron Statement and art-world nihilists in The Big Lebowski, but with no political resonance. Hail, Caesar! exposes the sanctimoniousness of Ben-Hur kitsch as well as the self-conscious moralism of Frankfurt philosophers such as Marcuse and Theodor Adorno, author (with Max Horkheimer) of the oft-quoted but rarely heeded indictment The Culture Industry.