Spoiler:
"Thanks for organizing this whole thing, Mike," Nikola Jokic said to his teammate Mike Miller as they sat with the rest of their Nuggets teammates in a San Antonio nightclub. "This place is swarming with babes! Barkley was totally wrong when he implied that San Antonio chicks are ugly."

"I know, right?" Mike said, his mouth full of mozzarella sticks. "A nice change of pace from the hippies in Denver if I do say so myself."

Nikola helped himself to a mozzarella stick from Mike's piled-high tray of them and watched with some amusement as Will Barton hopped from one woman to another on the dance floor. "Why aren't you out there with Will sampling the fine churro-fed Texan booty?"

"Married," Mike said sadly. "And I'm not as young as I once was. But what about you? It's your career high and you're just sitting there drinking a beer and ganking my snacks. It's almost like you're sad about something."

Nikola shot a quick glance at his veteran teammate before looking down at his beer. "It's stupid."

Mike, who had instantaneously switched from "party bro" to "wisdom-supplying old-timer", leaned in towards his teammate to keep the conversation from being overheard by their raucously hollering companions. "What's up?"

"I'm just thinking about Jusuf," Nikola admitted. "I asked him if he wanted to join us, making it clear there were no hard feelings, and he got really distant and said he just wanted to go back to the hotel and sleep. But he barely even played and didn't look tired. Something's up with him."

"Yeah, he's jealous of your success and he wants you to fail," Mike stated simply, chewing on another mozzarrella stick slathered in bright red marinara sauce. "Obviously he's not going to go to an impromptu party celebrating your 35 points." He paused to high-five a nearby Kenneth Faried, congratulating him on having chugged an entire bottle of wine without pausing. "Just forget about him, man."

"You're probably right," Nikola conceded with a sigh. "I should be having fu— hey, what's going on with the DJ?"

The nightclub patrons were all gasping and pointing towards the table where the DJ had set up his equipment. The music had unexpectedly stopped, and the DJ seemed to be engaged in a struggle with a man much larger than he was. A few brave souls ran to render aid, but were easily dispatched by the attacker, whose face could not be made out in the shadowy darkness of the club. Soon, the DJ had been knocked out with a very audible punch and his body was tossed aside by the newcomer, who then grabbed the microphone and announced, "I thinking it is time for some different musics!"

A new electronic beat was playing, just as driving and aggressive as what had been playing previously, and the lights surrounding the dance floor were pulsing as before, but nobody was dancing; they were all too shocked by the events that had just transpired. All the Nuggets players were staring at the new DJ, their jovial demeanors replaced by something between confusion and dread.

The beat didn't stay a beat for long; soon it was overlaid with some very poorly-done pseudo-rapped vocals. Nikola couldn't tell if they were being said live or if they were pre-recorded. "I hate Nikola Jokic," the vocalist said. "He overrated and women not liking him." The words were somewhat timed to match the beat, but only loosely. "Jokic suck. Jokic suck. He liking penis in mouth and Jusuf Nurkic much better at basketball."

Now those people who recognized Nikola were staring at him. He was feeling very uncomfortable and didn't know whether to confront the new DJ or to leave. The music continued its crude insults: "Jokic has no friend because he no dunk. I hating him much. Leave Denver Nikola, no one would be sad."

Club security had finally been summoned. Five bulky men were in the process of trying to restrain the intruder. Somehow, in the scuffle, the music was cut off, leaving near-silence in its wake, and Nikola could clearly hear Jusuf Nurkic's strained voice yelling out, "Nikola, I knowing you here somewhere! I hate you! I hate youuuuuuuu!" As Jusuf was carried away, the colored strobe lights continued to rotate and blink erratically, casting odd shadows and colors on the scene.

The evening was ruined. Patrons were leaving, the Nuggets players looked deflated, and Nikola knew the fun was over. "I guess we can go back to the hotel now," he said. "This was the best career high celebration ever." He turned his face away from his teammates as a single tear ran down his cheek. 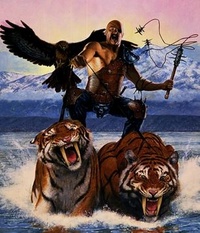 Jokara i Sarara u tim ostatka sveta na all star 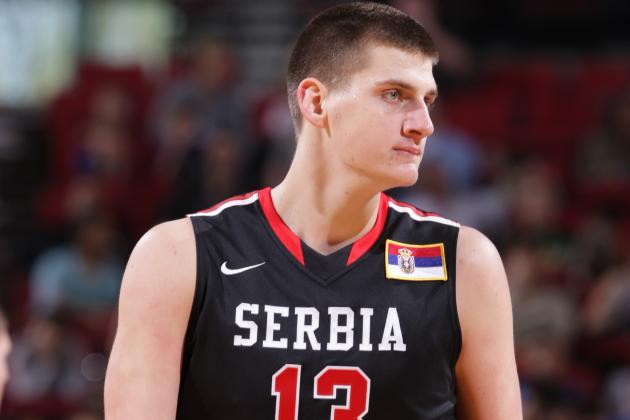 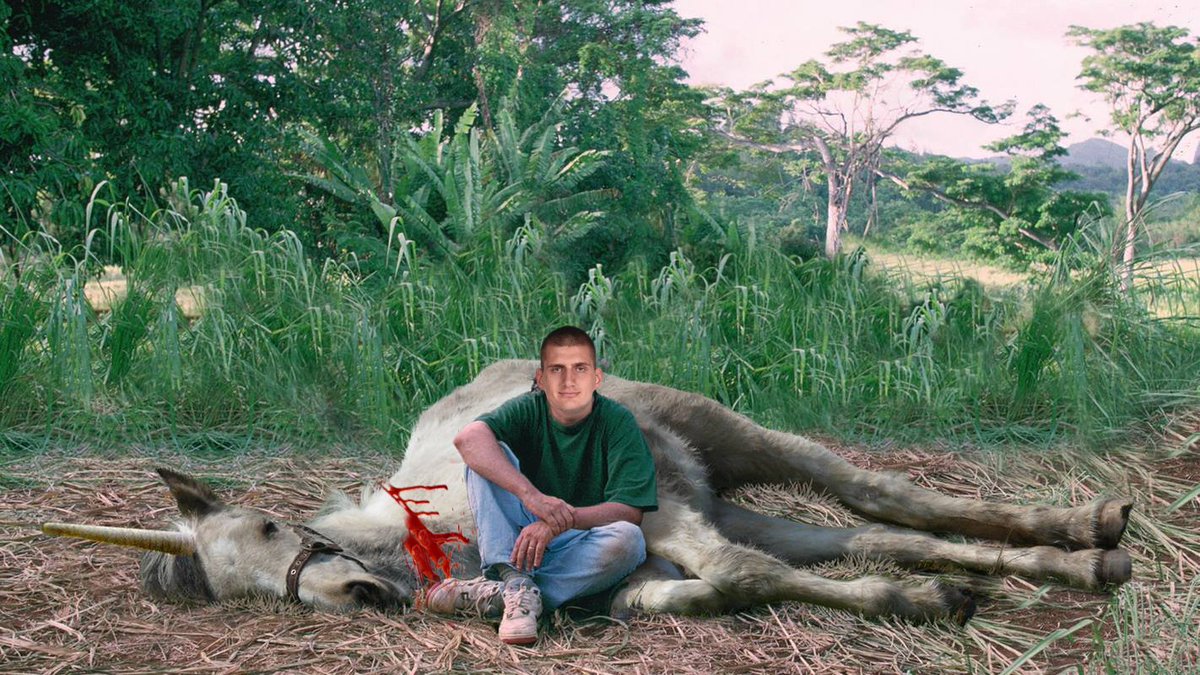 _____
the shit in the shuttered chateau
Marius Lăcătuș

car!
_____
The law provides us structure to guide us through paralyzing and trying times. But it requires us a vision to its procedures and higher purposes. Before we assume our respective roles in this enduring drama just let me say that when these frail shadows we inhabit now have quit the stage we'll meet and raise a glass again together in Valhalla.
Veletin