Meadowlark Lemon, whose halfcourt hook shots, no-look behind-the-back passes and vivid clowning were marquee features of the feel-good traveling basketball show known as the Harlem Globetrotters for nearly a quarter-century, died on Sunday in Scottsdale, Ariz. He was 83.
His death was confirmed by his wife, Cynthia Lemon, who did not specify the cause.
A gifted athlete with an entertainer’s hunger for the spotlight, Lemon, who dreamed of playing for the Globetrotters as a boy in North Carolina, joined the team in 1954, not long after leaving the Army. Within a few years, he had assumed the central role of showman, taking over from the Trotters’ long-reigning clown prince Reece Tatum, whom everyone called Goose. 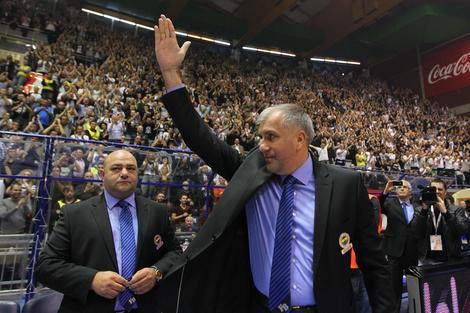 robija! on nije zvezda, on je partizan.
_____
The law provides us structure to guide us through paralyzing and trying times. But it requires us a vision to its procedures and higher purposes. Before we assume our respective roles in this enduring drama just let me say that when these frail shadows we inhabit now have quit the stage we'll meet and raise a glass again together in Valhalla.
Ferenc Puskás

vujosevic novi jusufov i mirzin trener. jugoslavija!
_____
The law provides us structure to guide us through paralyzing and trying times. But it requires us a vision to its procedures and higher purposes. Before we assume our respective roles in this enduring drama just let me say that when these frail shadows we inhabit now have quit the stage we'll meet and raise a glass again together in Valhalla.
ficfiric 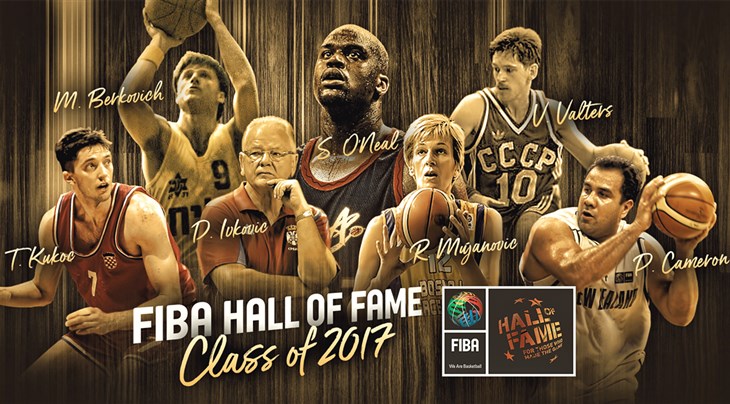 trenutno dragic>teo
_____
The law provides us structure to guide us through paralyzing and trying times. But it requires us a vision to its procedures and higher purposes. Before we assume our respective roles in this enduring drama just let me say that when these frail shadows we inhabit now have quit the stage we'll meet and raise a glass again together in Valhalla.
Ferenc Puskás 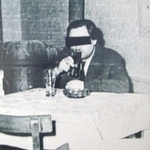 When he learned where LiAngelo and LaMelo Ball will be playing pro basketball this season, Ben Brust couldn’t help but chuckle.

The former Wisconsin guard isn’t optimistic two pampered teenagers from sun-splashed Southern California will make a smooth transition to a club based in a remotely located, snow-covered town in Lithuania.

“I think they’ll last a month maximum,” Brust said. “It seems like the worst possible place they could have picked.”

In Oct. 2016, Brust signed with BC Pieno Zvaigždės of the Lithuanian League six months after helping lead Wisconsin to the Final Four and a few days after the Milwaukee Bucks cut him during training camp. The culture shock he experienced during his lone season in Lithuania left him more homesick than he expected.

Hardly anyone in the 7,500-person village of Pasvalys spoke English. Restaurants typically only served traditional Lithuanian dishes unrecognizable to Brust. He and American teammates Michael Dixon Jr. and Alex Oriakhi had to drive 30 to 40 minutes to the nearest big city to find a mall, a grocery store or restaurants that offered American fare.

Only the premier teams in Europe can afford the charter flights and high-end hotels that major-conference American college teams take for granted. Brust’s team bused or ferried to games in Latvia, Estonia and Finland and saved money by staying in bargain hotels.

“My American teammates and I would literally count down the days until we got back to America,” Brust said. “It was always cold and dark. There are only like 5 or 6 hours of sunlight every day, and you’re in a gym for half of it. It’s a good basketball league, but there are plenty of other places in Europe that I would much prefer to live.”

LiAngelo and LaMelo Ball will face many of the same challenges Brust did as they try to adapt to life in Lithuania. The younger brothers of Los Angeles Lakers rookie Lonzo Ball signed Monday with the Lithuanian club, BC Prienai, ending a week-long search for an overseas professional team willing to try to develop both of them.

LiAngelo parted ways last week with UCLA after his infamously outspoken father LaVar became frustrated with the length of the suspension his middle son was serving for shoplifting in China. The 19-year-old swingman and UCLA teammates Cody Riley and Jordan Hill had missed eight games since returning to Los Angeles and had not been allowed to practice or travel with the Bruins.

LaMelo left Chino Hills High School a few months ago to be home-schooled because LaVar no longer got along with the school’s new basketball coach. The 16-year-old’s future in college basketball was already in doubt after LaVar jeopardized his NCAA eligibility in August by giving him his own Big Baller Brand signature shoe.

The team that LiAngelo and LaMelo are joining is based in Prienai, a scenic 10,000-person town that attracts tourists interested in taking advantage of the surrounding rivers, lakes and forest. It’s a 90-minute drive from Lithuania’s capital, Vilnius, and a 40-minute drive from the country’s nearest big city, Kaunas.

It may be difficult for LiAngelo and LaMelo to develop at BC Prienai since the coach reportedly has a volatile temper and speaks little English. Billy Baron, an American guard who once played on a different team coached by Virginijus Šeškus, tweeted earlier this week that he does not have fond memories of that experience.

“Same coach there is the one who told me during training camp (through a translator) he wouldn’t play me much my rookie year at Rytas because he didn’t speak English,” Baron said.

Only one American has played for BC Prienai in the past decade: Former Vanderbilt guard Brad Tinsley. When reached by Yahoo Sports on Tuesday, Tinsley declined to comment on why he left the team this past October after only two months.

While adjusting to an unfamiliar language, a gloomier climate and a new lifestyle will be difficult for LiAngelo and LaMelo, the challenge of competing against grown men may turn out to be even tougher. Future NBA players Brandon Jennings and Jeremy Tyler both struggled transitioning straight from high school basketball to matching up against savvier, stronger professional players in Italy and Israel.

The top of the Lithuanian League features a pair of powerful teams that regularly participate in EuroLeague and EuroCup, but BC Prienai is unlikely to ask the Ball brothers to play in those games. They’ll probably instead only play for BC Prienai in the less competitive Baltic League, which includes lower-tier Lithuanian clubs and teams from neighboring Latvia, Estonia, Belarus and Kazakhstan.

“It’s a low-level league, but it will still be a huge adjustment for them,” said Francesco Cavalli, director of scouting for EuroHopes.com. “They’ll play against players who aren’t as talented, but they’re more experienced and more physical, they make decisions quickly and they know every trick in the book. It’s just a totally different environment.”

NBA scouts who spoke to Yahoo Sports last week were skeptical that either LiAngelo or LaMelo are ready to make an impact for an overseas team of any level.

LaMelo, a consensus five-star recruit entering his junior year in high school, is considered the more talented of the two. The slender 6-foot-3 combo guard is a natural scorer off the dribble who has shown potential as an outside shooter and facilitator, but he would benefit from a coach who played a more traditional system than what LaVar favors, one who would emphasize shot selection and force LaMelo to defend for the first time in his career.

Coaches familiar with LiAngelo in high school pegged him as a small-ball power forward at a mid-major program had UCLA not taken him as part of a package deal with his brothers. The 6-foot-5 swingman is a dangerous spot-up shooter, but he lacks the quickness or athleticism to attack off the dribble, nor has he learned to take advantage of his strength in the post. His defense is also a major question as he isn’t able to stay in front of wings off the dribble yet he’s shorter than most power forwards.

“No young players, with the exception of the occasional DeAndre Ayton or Luka Doncic, are good enough to succeed in the top division overseas or in the G League at 18 or 19 years old,” one NBA scout said last week. “LiAngelo could probably play third division in Spain, France or Germany. I doubt that’s what he has in mind.”

It won’t cost BC Prienai much money to find out if LiAngelo and LaMelo can exceed scouts’ expectations. Cavalli said that players in the Baltic League typically receive about $1,000 per month salary.

BC Prienai could also benefit more from the publicity it receives by adding the Ball brothers than it would anything LiAngelo or LaMelo do on the court. General manager Adomas Kubilius did not return an email seeking comment from Yahoo Sports, but he told Lithuanian journalist Donatas Urbonas that attracting new advertisers was one of the motivations behind the deal.

“In my opinion, we shouldn’t see this as a basketball move,” Cavalli said. “It’s a marketing move. That’s it. These kids are not ready to play pro basketball.”

What’s in it for LaVar Ball besides the chance to crow about his younger sons playing professional basketball as teenagers? More attention for the fledgling Big Baller Brand and some potential fodder for the third season of the Ball in the Family reality TV show.

Get ready for footage of LaMelo and LiAngelo trying to order dinner off a Lithuanian menu. It will be the basketball version of Paris Hilton and Nicole Richie trying to milk a cow on The Simple Life.

“It’s going to be amazing,” Brust said with a laugh. “I want the new season of Ball in the family, the Balls take on Lithuania, to start ASAP. I’m intrigued to see someone of their popularity share the same experience I did.”

bio je solidan lonzo sinoc. decko ima dobar handle, igra dobru odbranu, popunjave sve kolone. sta je problem s njegovi sutom je beyond me.
_____
The law provides us structure to guide us through paralyzing and trying times. But it requires us a vision to its procedures and higher purposes. Before we assume our respective roles in this enduring drama just let me say that when these frail shadows we inhabit now have quit the stage we'll meet and raise a glass again together in Valhalla.
Sponsored content