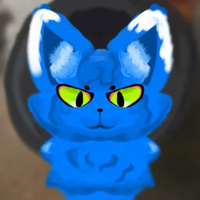 velika je muka zavrsit neku drustvenu nauku, svi imaju misljenje i vise su nego radi da ga podele sa svima
_____
THE space age is upon us. Rockets are leaving our globe at
speeds unheard of only a few years ago, to orbit earth, moon, and
sun. People have visited the moon, we have sent space probes to
all but one of the planets, and words like "orbit" and "satellite" are
picked up by children in the nursery.
No Country 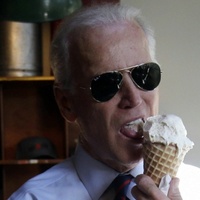 Spoiler:
This book began with an empirical puzzle: Why did the Soviet Union and
Yugoslavia – two multinational communist federations with a comparable history
of indigenous communist revolutions and similar nationality policies –
dissolve in such different ways? More specifically, why did the elites of the two
“dominant nations” – Serbs and Russians – react so differently to the prospect
of state dissolution? Why did Serbia’s elite challenge the administrative borders
of Yugoslavia’s socialist republics in the name of drawing all Serbs into a common
national state even at the price of war, while Russia’s elite acceded to the
peaceful dissolution of the Soviet Union even at the price of leaving 25 million
Russians outside the Russian Federation?
...

As our comparative-historical analysis has shown, in contrast to Russians in
the Russian Empire, in interwar Yugoslavia Serbia was an incomplete hegemon.
Despite the overlap between Serbian and Yugoslav institutions and Serbia’s key
role in the state’s creation, Yugoslavia was not an extension of “Great Serbia.”
Rather, the Yugoslav idea presented an alternative solution to the dilemma of
Serbian (and Croatian) national unification. As a competing national idea, it
could be (and was) used to criticize “Great Serbian hegemony” as a threat to
the equality of Yugoslav nations, just as it could be (and was) used to attack
“Croatian separatism” as threatening to the territorial integrity of the state. By
contrast, Russians were clearly a Staatsvolk, that is, “a national group which,
because of history and/or numerical superiority, occupies an uncontested
cultural and political primacy within the state, therefore giving the state its
peculiar national cast.” As a result, the overlap between state- and nationalidentities
was more pronounced in Russia.

The obverse side of the lesser overlap between Serbian and Yugoslav identities
was a strong Serbian national particularism. The fact that Serbia had
been an independent state with a program of national unification prior to the
formation of Yugoslavia meant that there existed an alternative solution to
the Serbian national question. The significance of the historical availability
of the Serbian national idea became apparent at several critical junctures in
Yugoslav history – at the time of the federalization of the state in the late
1930s, in Serbian nationalist programs during World War II, and during the
1980s, when the formation of a Serbian national state (often in the maximalist
borders of “Great Serbia”) was seen as an alternative to both federal and
confederal solutions of the Yugoslav national question. By contrast, attempts
to demarcate a Russian core territory distinct from the imperial state remained
historically incomplete, with the result that Russian elites did not develop a
Russian national program. Rather, the Russian Empire as a whole remained the
framework of territorial identification.

Paradoxically, despite the lower degree of overlap between Serbian and
Yugoslav identities and institutions, the attachment of Serbian cultural elites
to the Yugoslav state was stronger than that of their Russian counterparts to
the imperial state. The main reason was that the Yugoslav state came to be perceived
as the national state of the Serbian (and not only Serbian) people, not
the imperial possession of its elites, even if the elites of other groups (notably
Croatian) sometimes saw it as such. The immense sacrifices laid on the altar
of both Serbian and Yugoslav unification – two processes that overlapped in
1918 – played an important role in the transposition of national identification
from the Serbian onto the Yugoslav state. Despite the presence of indisputably
statist currents in Russian nationalist ideology, an analogous identification
between nation and state did not materialize in Russia before 1917.
...

The institutional solution to the national questions in both the Soviet and
Yugoslav cases was ethnoterritorial federalism as the “voluntary union of free
nations” ideologically and organizationally united by the communist party. The
major difference between the two lay in the treatment of the dominant nation.
Unlike Russians, Serbs were not treated as “elder brothers” and there was no
Yugoslav-Serb counterpart to Soviet-Russian nationalism. But the communist
solution of the Yugoslav national question resulted in several unintended consequences.
While the asymmetrical properties of Yugoslav federalism (Serbia
as the only socialist republic with two autonomous provinces) laid the institutional
foundation for a potential Serbian grievance, the overrepresentation
of Serbian cadres in party institutions and in the army created a constituency
with a vested interest in a centralized federal state. This statist constituency
was especially strong among the Serbian Partisans of Croatia and Bosnia, who
continued to play a political role disproportionate to their numbers long after
the war was over. As long as the federal state remained the ultimate locus
of sovereignty, their identification with Yugoslavia remained strong, and their
institutional separation from Serbia was not perceived as a problem. Once
decentralization loosened the ties among Yugoslavia’s republics, however, a
ready-made constituency was available for statist-nationalist mobilization. The
combination of an institutional grievance with institutional overrepresentation
provided both Yugoslav “centralism” and Serbian nationalism with a potential
cause and a constituency.

The institutional consequences of Soviet nationality policy for Russians
were different. Since Russians were a Staatsvolk, the RSFSR was not given
the same institutional attributes as other socialist republics and never became
an object of emotional attachment. Instead, “Soviet Russians” were expected
to see (and did see) the whole Soviet Union as their “socialist fatherland.” As
the popular Soviet song from the early 1970s put it, “My address is neither a
street nor a house, my address is the Soviet Union” (moi adres ne ulitsa i ne
dom, moi adres – Sovetskii Souiz). This merger of Soviet and Russian institutions
created an elite Russian constituency that was much more overrepresented
in union institutions than Serbs were in Yugoslavia’s federal bodies and
thus had a potentially greater stake in state preservation. “Soviet patriotism”
also left an indisputable imprint on “the simple Soviet man.”3 But the complete
dependence of this patriotism on socialist ideology also deprived it of independent
emotional appeal. The contrast with the Serbs’ historical attachment to
the Yugoslav state – the communists’ ideological experiments with “Yugoslav
socialist patriotism” notwithstanding – is telling.
The different historical experiences of the two nations resulted in very different
collective memories.
...

Although the collective
memory of the nation’s heroic exploits in World War I was overshadowed
by the official cult of the Partisans’ National Liberation War, it was not
erased. This was not only because Tito’s communist regime did not engage in
Stalinist-scale persecution of its own society so that the intergenerational continuity
of collective memory was preserved in a way that was impossible in the
Soviet case, but also because Yugoslavia was historically rooted in a national
idea. As the personal and literary testimonies of some of the most prominent
Partisan leaders and literati show, the appeal to the Serbs’ Yugoslav sentiments
was critical for wartime victory. No matter how much the communists condemned
monarchist Yugoslavia, their postwar historical textbooks could not
ignore the fact that the state’s creation in 1918 created the foundation for
Yugoslavia’s restoration in 1945. As a result, they could neither treat Yugoslav
history as a catalog of tsarist crimes against the people as their early Bolshevik
counterparts did, nor afford to make it into a Serb-centered narrative of unification
around a Serbian national core on a par with Stalin’s Soviet national
anthem that squarely identified Great Rus’ as the creator of “the indestructible
union of free republics.”

The fact that the main upholders of Yugoslavia’s “communist unitarism”
were Serbs from Croatia and Bosnia who were also the principal victims of
fascist terror in wartime Croatia is of critical importance for understanding
Yugoslav dissolution. But if their collective memories and overrepresentation
in federal institutions explain the potential availability of Serbs from Croatia
and Bosnia for nationalist mobilization under the auspices of Serbia as their
prospective national homeland, this is not sufficient to explain its timing. This
is true not only because nationalist mobilization in the late 1980s is inseparable
from the legitimacy crisis of late communism, which was simultaneously a
crisis of party-state institutions, the economy, and the Yugoslav idea, but also
because the political process that was punctuated by numerous “contentious
events” forced participants and nonparticipants alike to make identity choices
that they would not have been forced to make in times of routine politics.
...
The foregoing examples confirm the validity of Geneviève Zubrzicky’s point
made in relation to the Polish case that while nations may be “malleable”
sociological entities so that national identity is always in flux – a “daily plebiscite”
in Ernest Renan’s famous expression – this “malleability is contained
within the boundaries of more or less durable narrative structures and sets
of symbols.” These narratives and symbols serve to constitute the nation as a
“discursive space” based on collective representations that crystallize around
a contentious event and at critical junctures in the political process.