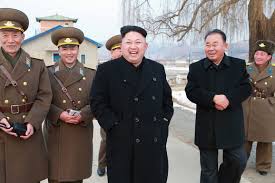 Ovako on to vidi

The Orthodox Church & Social Teaching
‘For the Life of the World’
By John Chryssavgis
March 23, 2020

In January the Ecumenical Patriarchate approved a social document, titled For the Life of the World, that formulates guiding principles for the role of the Orthodox Church—and the responsibility of Orthodox Christians—in the modern world. In his letter of endorsement, Ecumenical Patriarch Bartholomew praised the theological commission that drafted the document for having addressed “the complex challenges and problems of today’s world, without at the same time overlooking the favorable potential and positive perspectives of contemporary civilization.” The document will be available on the website of the Greek Orthodox Archdiocese of America and published in print by Holy Cross Orthodox Press in April.

For the Life of the World, which runs to about 33,000 words, provides helpful general guidelines for Orthodox Christians struggling to navigate contemporary challenges. It begins with the fundamental contours of an Orthodox Christian worldview and concludes on a prayerful note, with an expression of hope for personal and social transformation. Its approach to critical and controversial issues—including racism, poverty, human rights, bioethics, technology, and climate change—is both rigorous and pastoral. The work of a dozen scholars throughout the world (including Commonweal contributor David Bentley Hart), the document is an unmistakably collaborative “achievement,” as the Ecumenical Patriarch describes it in his endorsement. It is the tangible result of extensive hierarchical assessment and comprehensive synodal approval. In their preface, the editors describe the project as “a complicated, not to say contentious, undertaking.” The aim was to delineate an Orthodox “ethos”:


It is impossible for the Church truly to follow Christ or to make him present to the world if it fails to place this absolute concern for the poor and disadvantaged at the very center of its moral, religious, and spiritual life. The pursuit of social justice and civil equity—provision for the poor and shelter for the homeless, protection for the weak, welcome for the displaced, and assistance for the disabled—is not merely an ethos the Church recommends for the sake of a comfortable conscience, but is a necessary means of salvation, the indispensable path to union with God in Christ; and to fail in these responsibilities is to invite condemnation before the judgment seat of God. (§33)

Notwithstanding its broad scope, the document does not hesitate to offer pointed commentary on controversial topics. For example, it has this to say on inequality:


Among the most common evils of all human societies—though often brought to an unprecedented level of refinement and precision in modern developed countries—are the gross inequalities of wealth often produced or abetted by regressive policies of taxation and insufficient regulation of fair wages, which favor the interests of those rich enough to influence legislation and secure their wealth against the demands of the general good. (§35)

On the refugee crisis:


The developed world everywhere knows the presence of refugees and asylum-seekers, many legally admitted but also many others without documentation. They confront the consciences of wealthier nations daily with their sheer vulnerability, indigence, and suffering. This is a global crisis, but also a personal appeal to our faith, to our deepest moral natures, to our most inabrogable responsibilities. (§66)


And the Church encourages the faithful to be grateful for—and to accept—the findings of the sciences, even those that might occasionally oblige them to revise their understandings of the history and frame of cosmic reality.  The desire for scientific knowledge flows from the same wellspring as faith’s longing to enter ever more deeply into the mystery of God. (§71)

For the Life of the World has special significance when viewed against the background of Orthodox history. The Eastern Church has long been wary of—even allergic to—social statements of this kind. At some point in its long Byzantine excursion, Eastern Christianity stopped dealing with questions related to the present and instead focused on the reiteration of formulas from the past. The Eastern Church considered itself well equipped for handling otherworldly or sacred things, whereas the state was entrusted with worldly or secular things. This understanding of a clearly defined role for the church in relation to the clearly designated responsibility of the state inevitably narrowed the Eastern approach to social justice. Issues having to do with politics and policy (especially as they relate to power and corruption), or with economy and science (especially as they relate to poverty and prosperity), were either minimized or dismissively delegated to Western Christianity. In fact, the West excelled in these domains. By contrast, matters of personal maturity and spiritual integrity became the principal interest and mystical investment of Eastern Christianity.

It wasn’t always this way. The Eastern church once had a bold voice on social justice. A cursory reading of fourth-century writers like Gregory the Theologian and John Chrysostom reveals the prominence of the social dimension of the Gospel both in their thinking and their ministry. Certainly Basil the Great strenuously disapproved of retreat from the world. Any eschatology that encouraged escapism from one’s time and place was denounced as heretical and hazardous. Over time, however, an emphasis in the Christian East on monasticism (as the silent withdrawal into the heart) and mysticism (as the spiritual enchantment of the heavenly) provided a justification for disengagement from the world, with various important consequences for Orthodoxy’s ecclesiology, liturgy, and ethos. Even the conventional safety-valve of Orthodox Christian ethics—the relationship between spiritual elder (almost exclusively male) and spiritual disciple—is frequently a way of evading concern for universal principles and surrendering to the personal discretion of an individual.

More recently, Orthodoxy’s social doctrine has been further reduced to an emphasis on nationalism as the means of survival in times of persecution and oppression. During such periods, the church instinctively turned inward, identifying with the early martyrs and focusing on the mere preservation of the faith at the expense of evangelization. Yet another reason Orthodox Christianity has either abandoned or failed to develop a clear social vision is the tendency to denounce or dismiss anything that resembles Western Christianity.

In 2000, the Church of Moscow published “The Basis of the Social Concept,” an admirable though rudimentary effort to outline the social principles of the Orthodox Church in Russia after an extended period of state suppression. The overall approach of that document was critical of “the world,” regarding it as a threat to be defied and defeated. Such a defensive posture may survive and even thrive under conditions of confessional isolation, but it doesn’t fare as well in a more ecumenical context.

In contrast, it was at least partly the encounter with other traditions and cultures, other branches of Christianity and even other religions, that inspired the worldwide Orthodox Churches to convene the Holy and Great Council in Crete in 2016. Meeting together for the first time in almost a millennium, Orthodox patriarchs and hierarchs—together with a handful of consultants—issued a formal decree as well as an encyclical message on “the role of the Orthodox Church in the contemporary world.” The new document complements the work of the Council and can be understood as part of the process of its reception.

For the Life of the World is the fruit of an unprecedented collaboration between the official Orthodox hierarchy and lay Orthodox scholars and theologians. The Orthodox Church could still do much more to involve and inform the laity on matters related to doctrine and polity—a hardened nucleus of clericalism persists in Orthodox Christianity—but this project is a mark of important progress. The fact that Ecumenical Patriarch Bartholomew commissioned and endorsed such a forward-looking document demonstrates a welcome and refreshing shift in mentality for a church that has often been more comfortable keeping its attention fixed on the past. It is the work of a religious tradition that will no longer settle for mere survival. 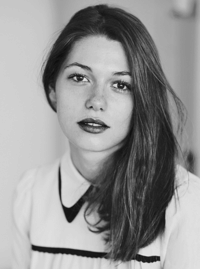