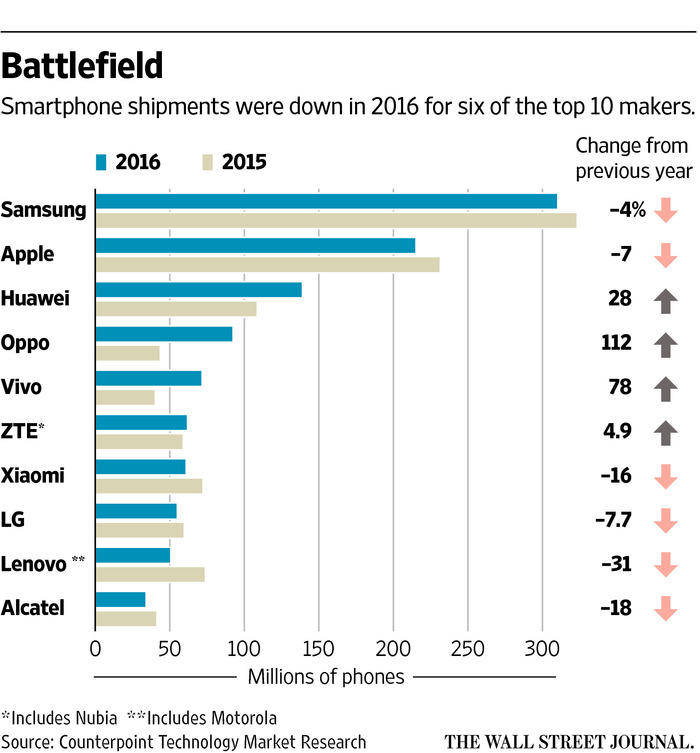 It appears that Apple is giving out top secrets and arming our biggest enemies with state-of-the-art technologies that can diminish our competitiveness. Foxconn, Apple’s biggest supplier, which assembles the iPhones mostly in its facilities in China, has installed robots (nicknamed Foxbots) for the first time to meet its iPhone production quotas.
-------------------- 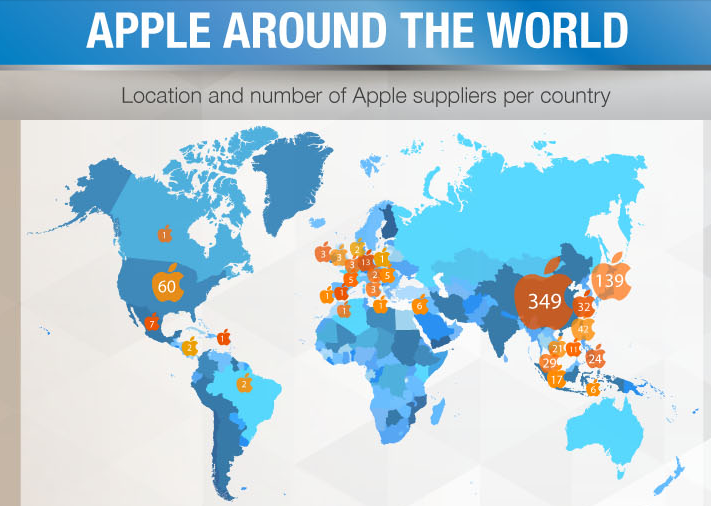 U.S. President Donald Trump's administration is preparing to ignore any rulings by the World Trade Organization that it sees as an affront to U.S. sovereignty, the Financial Times reported on Tuesday, citing a report prepared by officials.

The draft document, due to be sent to the U.S. Congress on Wednesday, marks the first time the new administration has laid out its trade plans in writing, the Times said.

"Ever since the United States won its independence, it has been a basic principle of our country that American citizens are subject only to laws and regulations made by the U.S. government -- not rulings made by foreign governments or international bodies," the report said, according to the Times.

"Accordingly, the Trump administration will aggressively defend American sovereignty over matters of trade policy," the report said, according to the Times.

The Wall Street Journal, which also said it reviewed the document, said the policy represents a dramatic departure from the Obama administration, which emphasized international economic rules and the authority of the WTO, a body that regulates trade and resolves disputes among its members.

By contrast, the Trump administration will more assertively defend U.S. sovereignty over trade policy, ramp up enforcement of U.S. trade laws, and use "all possible sources of leverage to encourage other countries to open up their markets," the document said, according to the Journal.

The White House did not immediately respond to a Reuters request for comment.

Congress requires the president to submit the administration's trade policy annually by March 1.

In the face of Republican concerns, a congressional aide said language in the draft challenging the WTO could still be toned down in a final, public version, the Journal reported.


Washington is facing several important WTO decisions, particularly involving China. Potentially the most important is a WTO complaint filed in December by Beijing against the EU and the United States for blocking China's request to be treated as a "market economy" under the institution's rules.

A final ruling could still be years away. But were the U.S. to ignore a finding in China's favor it could have major consequences for the WTO as a venue for resolving trade disputes before they fester into destructive trade wars, the Times said.
-------------------------

China to Take WTO Case Against EU on Anti-Dumping Duties

Commission exploring how to protect EU steel market from China wrote:
It doesn’t look good for Beijing. Brussels and Washington still refuse to recognise China as a market economy and the Commission has proposed legislation that completely changes the rules for EU trade with third countries. EURACTIV Czech Republic partner Aktuálně.cz reports.
The United States and the European Union are trying to protect their markets against cheap Chinese exports. They are mostly concentrating their attention on the steel industry. In February, the US imposed customs duties on Chinese steel imports ranging from 63 to 190%. The EU then burdened some Chinese steel products with taxes amounting to 30–65 %.
Last December, China’s fifteen-year exemption from the Accession Protocol to the World Trade Organisation (WTO) expired. It allowed other members to use special methods to calculate anti-dumping protectionist measures.
As a result, states were able to impose much higher duties, for example, on Chinese products, thus protecting their markets from cheap imports – and dumping. However, this could change with the acquisition of market status. More than 90 countries have already acknowledged China’s market status.

The Commission proposes a new approach
The European Commission, though, has come up with a different approach. It has proposed new legislation that no longer divides countries according to market and non-market economies. If the new legislation is passed, the EU will be able to continue to impose protectionist measures against China and the question of whether it assigns China market status will have no meaning.
According to the new rules, the EU would no longer assess countries as a whole but would focus on the individual markets in those countries. If malpractice or free trade were discovered in any of them, there would be no problem in raising customs duties or non-tariff barriers.
So far the Commission’s proposal has not faced any great resistance among the member states. So it seems that the end of the division into market and non-market economies appeals to individual governments.
“I agree that we have to find a way how to protect steelmakers, ceramic industry and other sectors against the Chinese dumping. Especially when we see the policy of the United States towards China,” Czech ANO 2011 MEP Dita Charanzová (ALDE) also said.
“The proposal by the Commission is a good way to go. But it must be further fine-tuned so that it really gives guarantees to these sectors,” she stressed.

The European Parliament is also in favour of greater protection
Heated discussions regarding the granting of market status to China took place in the EU throughout the whole of 2016. Not only MEPs but also European industry, for the most part, was strongly opposed to the EU considering this Asian superpower as a market economy.
“All the evidence clearly shows that China is not a market economy. There is no reason why the European Union should act this way with China. On the contrary, it should use all the instruments it has to defend itself against unfair competition and protect its industry and jobs,” said the German MEP Reinhard Bütikofer (Greens/EFA).
UK Labour MEP David Martin (S&D) was even more radical.
“We have to insist on improving and strengthening the protection of our trade against imports from China. European manufacturers cannot wait any longer. We have to act now. If we don’t, soon there will be no industry in the EU for us to protect,” he said.

Japan dismisses US accusation of protectionism

Tokyo has rejected Washington's demand for wider access to the Japanese car market, raising doubts the US government will quickly find agreement in talks over auto and agriculture imports scheduled for next month.

If pressed on agriculture, Japan could fall back on some parts of the TPP agreement, according to some economists.
"The US would like to increase agriculture exports, but Japan has already made some concessions for the Trans-Pacific Partnership. If the United States uses taxes to curb auto imports, that would severely damage Japan's auto industry. I hope this can be avoided,"